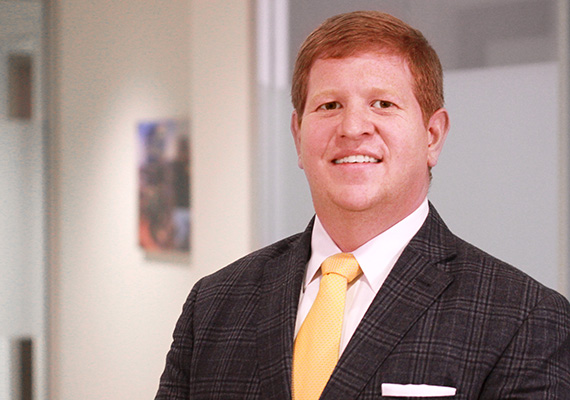 Birmingham-based Daniel announced that Justin Weintraub has been appointed Executive Vice President of the real estate firm founded in 1964. Justin will be leading Daniel’s multifamily business, which consists of active investments in over $230M of assets across the Sunbelt and a pipeline of an additional $250M comprised of both new developments and existing assets that the company expects to commence investment on in the next 12 months.

Prior to joining Daniel, Justin spent 10 years at Colonial Properties Trust, where he was a Senior Vice President and was responsible for over $1 Billion of Multifamily asset transactions during his tenure.

“Justin has been an outstanding producer and leader within the organization since the day he joined us,” explained Pat Henry, Daniel President. “Our company has made a significant investment in the multifamily sector over the past few years and have we have no intentions of slowing down.  We are excited to have Justin leading this charge on our behalf.”

Mr. Weintraub said, “Our company and our partners have enjoyed tremendous results in the multifamily space, and we are well positioned to continue that track record moving forward. This success is a direct result of the outstanding team at Daniel, and I’m fortunate to work alongside some of the most talented individuals in our industry.

Justin received his Bachelor of Science degree from Auburn University and is a CCIM designee. Justin is involved in supporting and volunteering his time with numerous civic organizations in Birmingham including the Birmingham Rotary Club, the Birmingham Jewish Federation, the Community Foundation of Greater Birmingham, and previously served as President and Chair of the Rotaract Club of Birmingham. In 2013, Justin was recognized as a Top 40 Under 40 honoree by the Birmingham Business Journal.