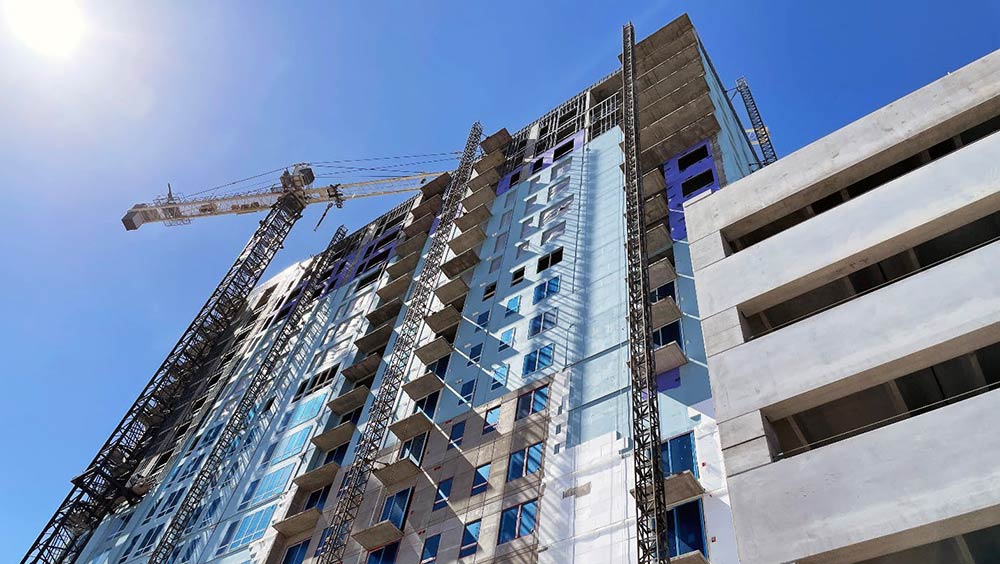 An apartment tower under construction in downtown Tampa’s Channel district has reached its full height of 19 stories.

The developer, Birmingham-based Daniel Corp., and general contractor Brasfield & Gorie this week announced that they are now focused on interior construction on the tower at North 12th and Twiggs streets. The tower has 324 apartments — studios, one- and two-bedroom floorplans — as well as a 19th floor sky deck and lounge.

It’s scheduled for completion in the third quarter.

“We share a passion for building strong communities, and it’s an honor to contribute to the growth of this exciting Tampa neighborhood,” Chris Evans, vice president and division manager
for Brasfield & Gorie, said in a statement.

The tower is roughly one-third of about 1,000 apartments under construction in the Channel district. Across East Twiggs Street from this tower, site work is underway for an eight-story, 351-unit project that will include 6,571 square feet of retail space. Farther south, a mixed-use development with around 330 units is under construction at North Meridian Avenue and East Whiting Street.